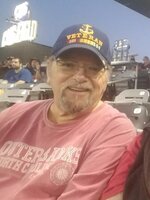 Richard "Dick" John LaVaque was born in St. Paul on March 1, 1947 and died on November 25, 2021 at the age of 74. Husband, father, grandfather, brother, uncle, veteran, coach, teacher â¦ He wore many hats! He attended Central High School then enlisted in the Navy and served in Vietnam on an amphibious assault ship, the USS Valley Forge. He was a member of Iron Workers Local 512, working construction with his dad after returning from the service. He worked jobs throughout the metro area and helped build Maplewood Mall. He then transitioned into the automotive world, first as a mechanic at Doran King Garage, then as a salesman at dealerships Kline Olds and Brookman Motors. He always enjoyed cars. He worked as a mechanic on a friend's car during a 1970s Labor Day race at the Minnesota State Fair. He attended sprint car, stock car and Indy 500 races over the years. His chief hobby from a young age was building many, many model race cars. Airplanes also interested him greatly. He sometimes sat on Post Road watching takeoffs and landings at the Minneapolis-St. Paul airport. He would explore warplane museums and attend air shows. As he did with race cars, he built scores of warplane models. They hang on display inside his garage. He was active in the lives of his children David, Steven and Angie, playing catch with baseballs, softballs or footballs in the yard and taking his children to baseball, hockey, football and softball practices and games. He also coached in baseball, hockey and softball. He worked as a paraprofessional at Centennial High School in Peoria, Arizona. He helped teach some students who were legally blind. He entered their world, learning to write in braille. He also chaperoned them through the hallways between classes. His teaching peers remember his jokes, his ever-present smile, his empathy and his patience. He loved Halloween, making his houses in Minnesota and Arizona a memorable stop for children Trick-or-Treating. He loved hosting backyard get-togethers and grilling for family and friends. Chicken and steak were his specialties and he took pride in the meals he prepared. He enjoyed time in his boat. There were fishing trips with his dad and friends. Leisurely rides with family while spending weekends at the trailer cabin known as the Pink Palace. And fishing outings with his children that usually meant more work and not much fishing for him. He always had a green thumb. In retirement, he enjoyed nurturing his African Violets and propagating his spider plants and philodendron. During the summer, the backyard was filled with brightly colored annuals. Dick is survived by his by wife Joanne; children David (Sarah) and Steven and Angie Kenney; grandchildren Landon and Michaela; sisters Mary (Angie Fotopolous) and Jackie (Dave Olmstead) and brother Mike (Ken West) and nephew Dan Blomquist. Preceded in death by his parents John and Jean. Service 11:00 AM Tuesday December 7th at the Willwerscheid Funeral Home, 1167 Grand Ave, St. Paul. Interment Ft. Snelling National Cemetery. Visitation at the mortuary 4-7 PM Monday December 6th and 1 hour prior to the service on Tuesday. Visitation 4:00 - 7:00pm Monday December 6th and 1 hour prior to the service on Tuesday.at the Willwerscheid Funeral Home 1167 Grand Ave., St. Paul. Service 11:00am Tuesday December 7th.