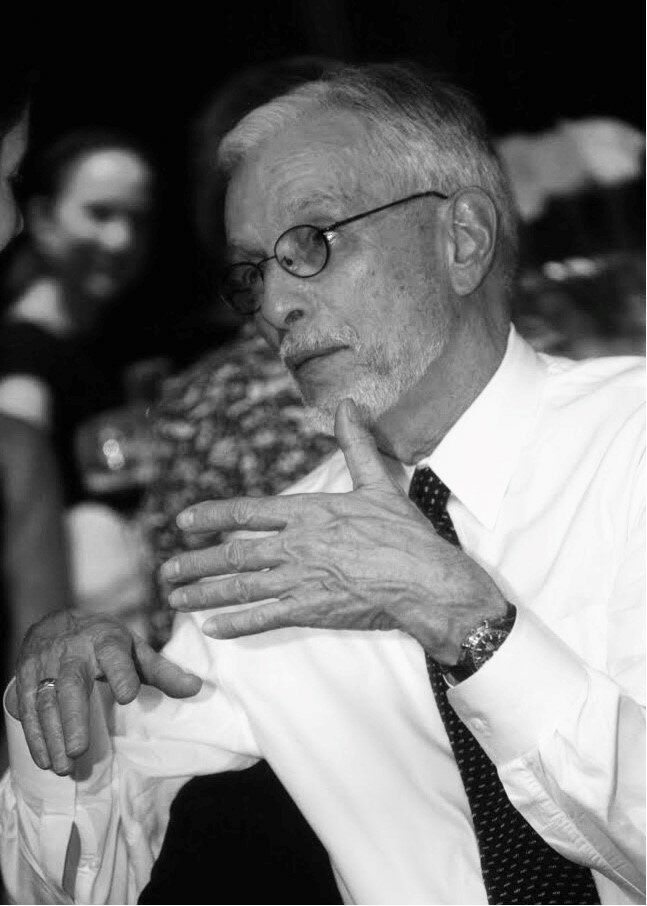 Frank was born October 1, 1937 in Nyack, New York. He was raised in Bloomfield, New Jersey graduating from Bloomfield High School in 1955. He obtained his Bachelor of Architecture from the University of Minnesota in 1967 and practiced architecture in the Twin Cities until his retirement at age 75. Frank was known for his true intellectual curiosity, his quick wit, his mastery of words and language, his love of good art and good design, his openness, his honesty, his charisma, and his commitment to what was right and fair.

Although their circumstances were modest growing up in Bloomfield, Frank and his sister Mary were instilled with an appreciation of music and art from young age, both developing life-long talents in these areas. Frank had an independent spirit and spent much of his free time as a child and adolescent exploring the areas around his hometown. First by bicycle and then by motorcycle, especially the 20 or so miles between Bloomfield and New York City.

After a brief enrollment in the US Coast Guard Academy, Frank was admitted to The Cooper Union for the Advancement of Science and Art in New York where he developed his talents in art and design. Although he initially considered studying sculpture, he recognized architecture not only as a practical career choice but as an effective merging of his logical and intellectual problem-solving abilities with his creative design talent. After his time at Cooper Union, and then a period of service in the US Army, Frank followed a mini-migration of young architects to Minneapolis, Minnesota where Ralph Rapson, a modernist master, was leading the University of Minnesota School of Architecture and mentoring the next generation. After Frank’s graduation from the UMN, Rapson took him on as an associate in his practice. It was during this time that Frank not only solidified the formative relationships of his professional life but also met his future wife Marcia Canelake of Hibbing, MN. Soon after their meeting, Frank had the opportunity to travel on a Fullbright fellowship to Split, in the former Yugoslavia and, once there, asked Marcia to join him. They traveled together in Europe, were engaged in Italy, and married in Belgrade on April 15, 1972. They returned home in 1974 settling in St. Paul. Frank subsequently formed the independent practice Nemeth and Associates. Later, he joined the firm Ellerbe Becket where he spent most of his career and where he developed expertise in healthcare design. He was proud to have been the principal designer of the first Mayo Clinic expansion projects in Scottsdale, Arizona and Jacksonville, Florida in the 1980s. He finished his career with Hammel Green & Abrahamson, where he thrived leading healthcare design projects with a talented team.

Although his commitment to architecture was remarkable, his family was his greatest joy and proudest accomplishment. He embraced his adopted home of Minnesota and was ever appreciative of Marcia’s roots on the Iron Range and her family and extended family both up North and in the Twin Cities. He was a devoted father, ceaselessly encouraging the education and interests of his three children. He was a steady and reliably supportive presence through the highs and lows of their lives and, like many great fathers, never failed to remind them what a wonderful mother they had. He was proud to be a grandfather to three wonderful grandchildren and took every opportunity to celebrate their milestones.

Frank was an active member of St. George Greek Orthodox Church in St. Paul, singing in the choir for several decades, serving on the Parish Council, leading efforts in facilities planning, and engaging in the warm fellowship the church community offered. Outside of church, he also offered his wonderful bass voice to the Minnesota Chorale for several seasons and especially enjoyed Christmastime performances of Handel’s Messiah. He was a talented painter, moving from watercolor landscapes and figuratives in his midlife to developed urban landscapes using acrylics in his retirement years.

Although the progression of his Alzheimer’s disease over the last five years shackled him away from full engagement in the connections of life and family he once had cherished, the disease miraculously left the most gentle and compassionate parts of his personality intact. It was an appreciative, observant, and settled demeanor which dominated his final year. May he now be fully at peace and whole in the afterlife. May his memory be eternal.

To send flowers to the family or plant a tree in memory of Frank Nemeth, please visit Tribute Store

Share Your Memory of
Frank
Upload Your Memory View All Memories
Be the first to upload a memory!
Share A Memory
Send Flowers