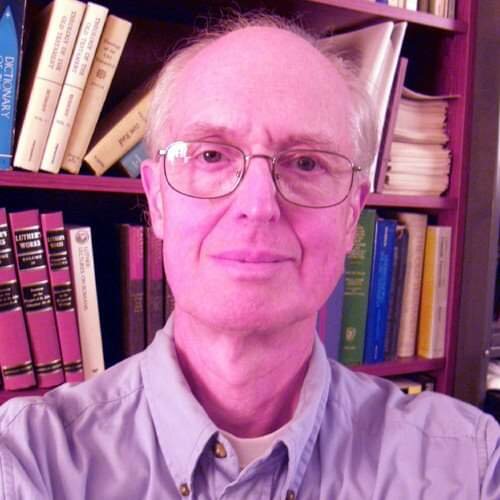 Father Smith was very active in the Justice and Peace community, travelling extensively to the barrios and trouble spots of the world, especially Palestine and Iraq, presenting around the world.

He graduated from the University of Saint Thomas, took graduate studies at Columbia University, the University of Minnesota, and Fordham University. He was ordained a priest and then studied at the Pontifical University of St Thomas – Angelicum in Rome, Italy, taking Licentiate and doctoral degrees, Catholic University through the Vatican (SSB dgree), and Ecole Biblique et Archeologique de Jerusalem (SSL degree.)

Father Smith was a former Assistant Pastor at John the Baptist and Nativity of Our Lord parishes before serving for thirty-seven years as Professor of Theology at the University of Saint Thomas.

He created the Department of Justice and Peace at the University and was chairman of the department until he retired as Professor Emeritus.

There will be a showing and service in the Chapel of Saint Thomas Aquinas on the campus Thursday, September 15th (viewing from five to eight, service at 7).  His Funeral Mass will be celebrated by the Archbishop Friday, September 16th at 10:30 with viewing preceding it in the chapel.

To send flowers to the family or plant a tree in memory of Rev. David Smith, please visit Tribute Store
Thursday
15
September

Share Your Memory of
Rev. David
Upload Your Memory View All Memories
Be the first to upload a memory!
Share A Memory
Send Flowers