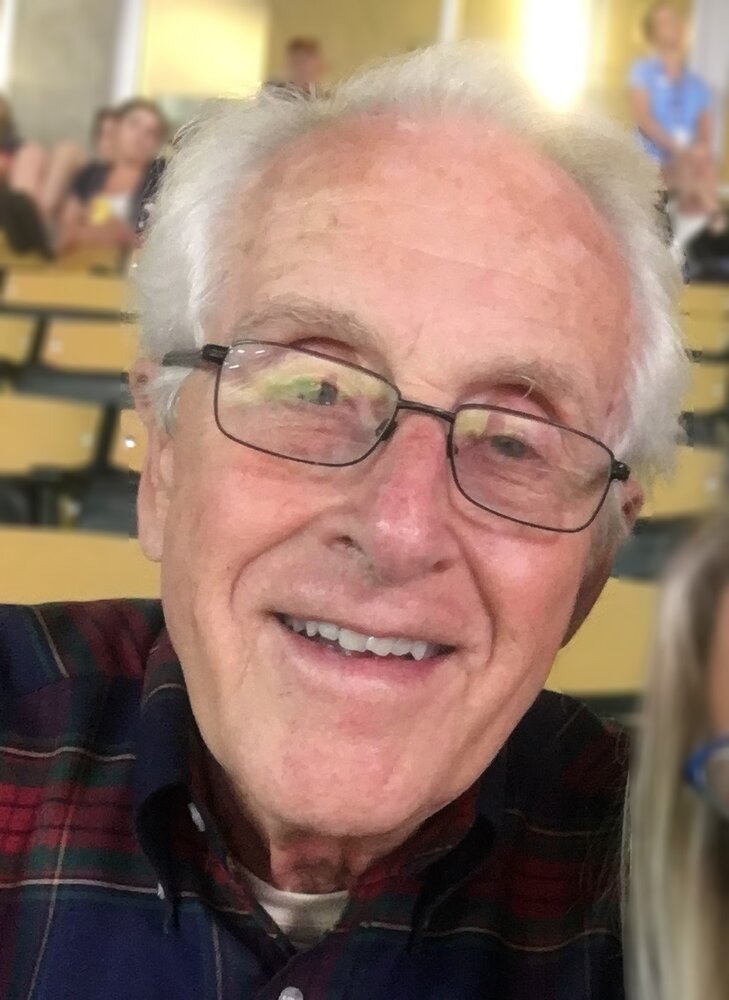 Don Frenette was born in Chicago, Illinois to Mae Francis (Kinney) Frenette and Henry George Frenette. After graduating from Leo Catholic High School, he continued his education at the University (College) of St. Thomas in St. Paul. There, Don found the love of his life, his wife, Caroline J. Sullivan. After a brief stint in Evanston, Illinois. Don and Carol returned home to St. Paul, MN to start a family. Over the next sixty years, Don and Carol settled into St. Paul, a town they would never leave, to raise their two children, Lisa and David. Don spent his entire professional life at 3M, retiring in 1997 after 30 plus years, as the Executive Director, of Public Relations and Government Affairs.

While Don and Carol split their time between St. Paul, Minnesota, Half Moon Lake in Wisconsin and Marco Island, Florida, he loved spending as much time as possible at his Wisconsin cabin where he became an avid woodworker. When he wasn’t in his workshop, you could find him tinkering around in his garden or enjoying a sunset pontoon ride. As much as Don loved St. Paul, he was always ready to escape the cold weather to spend the winter months in Marco Island where he loved long walks on the beach. No matter where he was he enjoyed reading a good book and a nap to accompany it.

For all the pleasure he got from his hobbies, Don’s true joy came from family and friends. Don cherished all the time he spent with those he loved and will be remembered for the twinkle in his eyes when surrounded by those he loved. Don is survived by his wife, Carol Frenette, daughter, Lisa Frenette, and granddaughters, Josie (Matt Johnson) and Kate Scheunemann and his sister, Virginia Kaczynski. Don is preceded in death by his mother (Frannie Haven), father (Hank Frenette) and son, David Frenette.

Funeral arrangements will be held at Willwerscheid Funeral Home on Wednesday, December 21, 2022.  Visitation is at 9:30, Service is at 10:30 followed by a Celebration of Life Luncheon at the Lexington.

My husband, my Dad and our Grandpa was a warm, funny, class act of a gentleman. He died of complications due to Alzheimer’s.  In lieu of flowers, the family prefers for donations to be given to the Alzheimer’s Association or the Minnesota Chapter of the National Alliance on Mental Illness.

To send flowers to the family or plant a tree in memory of Donald Frenette, please visit Tribute Store
Wednesday
21
December

Share Your Memory of
Donald
Upload Your Memory View All Memories
Be the first to upload a memory!
Share A Memory
Send Flowers