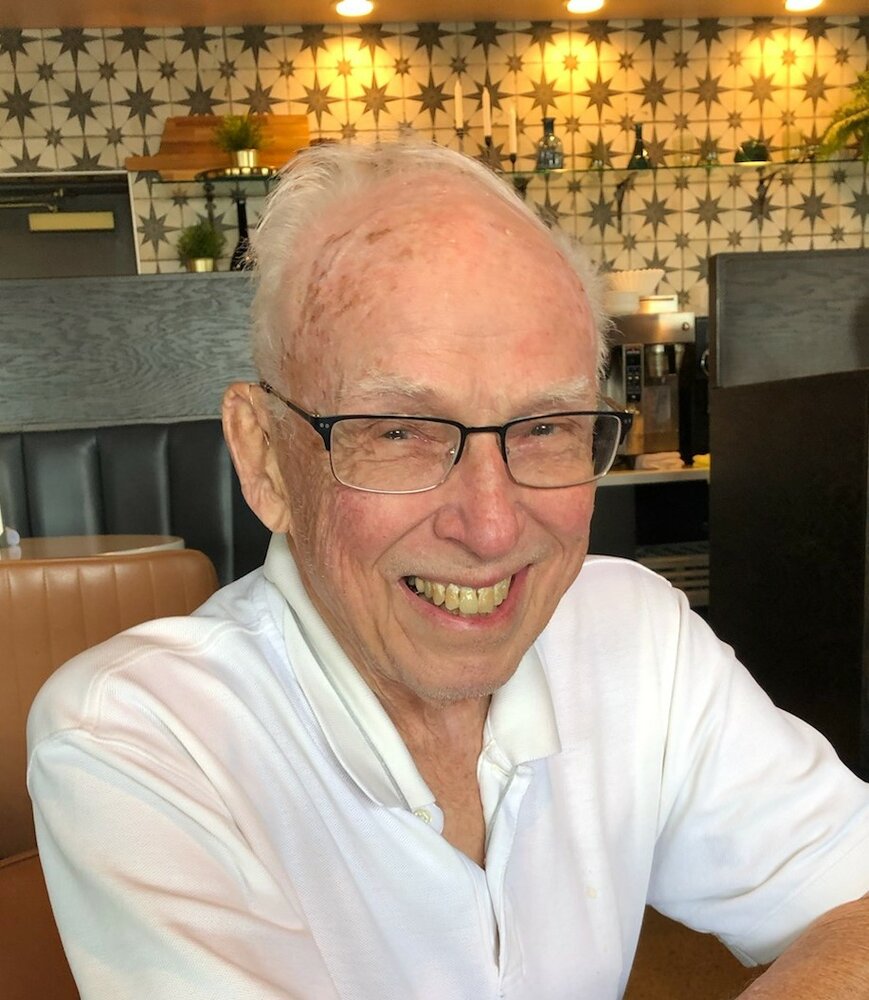 Jack Lambert passed away December 13 due to complications from Alzheimer’s Disease. He was married to Delores Carley Lambert (Dolly) for 55 years, prior to her death in 2010. He was a graduate of Cretin High School class of 1947. He served in the USAF from 1948 to 1952, including one year in the Korean War. Jack was the Founder and CEO of Twin City Barge and Towing in South St. Paul from 1952 to 1982. He was a leader in the industry who testified multiple times before Congressional Committees considering waterway legislation. His love of military history led him to establish Phalanx Publishing, through which he authored twenty books, one novel and countless articles on World War II Air Units and air exploits. His friends, children and grandchildren will cherish memories of his sense of humor, his kindness, and his devotion to Dolly and to his many Labradors. Jack is survived by three children Dan (Sandra), Paula Liang (Jim), and Scott (Annette) and six cherished grandchildren Ben Liang (Melina), Kate Liang, Maggie Marbley (Aaron), Elle Wiley (Jason), Jack Lambert, and Dan Lambert. He was preceded in death by his parents Paul and Mary Lambert and siblings Jane Bellinger (Barney), William Lambert (Mickey), and Robert Lambert. There will be a mass on January 6 at St. Peters Catholic Church 1405 Sibley Memorial Highway in Mendota at 11am with a visitation one hour prior to the mass.  Interment private.  In lieu of flowers please consider a contribution to the Alzheimer’s Association.  A tribute page has been set up in memory of John W. Lambert at http://act.alz.org/goto/JohnLambert.

To send flowers to the family or plant a tree in memory of John Lambert, please visit Tribute Store
Friday
6
January

Share Your Memory of
John
Upload Your Memory View All Memories
Be the first to upload a memory!
Share A Memory
Send Flowers