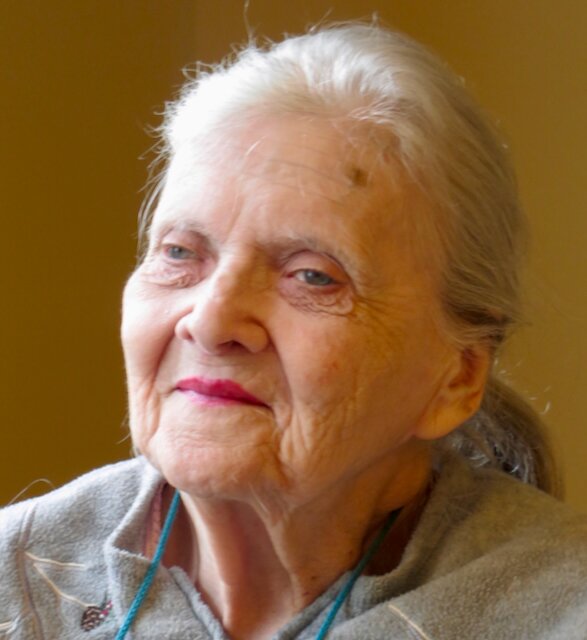 Joan was a celebrated children's author, publishing over fifty books. She was born March 9, 1929, in St. Paul, MN, where she lived with her mother and brother, who shared her love of books. She moved to New York City as a young woman to start a career in publishing, where she worked for Harper & Row and other publishers. After her first book, Olaf Reads, was published in 1961, she became a fulltime author, writing under her name and the pen name Joan L. Nødset. She worked with top illustrators including Syd Hoff, Tomie dePaola and Aliki. Some of her work was autobiographical, featuring herself and the St. Paul children with whom she grew up and also her New York City neighbors. Raised during the Depression in economic deprivation herself, she intentionally wrote books representing children in poverty as well as books featuring children of color as main characters, this at a time when few children's books did so.  Many of her books remain in libraries today, and some have been reissued. Her national awards include a Children's Book Award (The Trouble With Terry), a Charlie May Simon Award (Striped Ice Cream), an ALA Outstanding Science Book Award (The Spider Makes a Web) and others.

Joan continued her writing career in Otisville, New York, where she lived for many years before returning to St. Paul. She will be remembered for her intelligence, her wonderful sense of humor, her love of the Minnesota State Fair, and her overall ability to make life fun. Her family wishes to thank the people who helped support Joan through her last illness, including her caregivers and nurses at New Perspective-Highland Park; Cheryl Vukmanich, CNP, Bluestone Physician Services; Dorothy Washington, RN, Ecumen Hospice; Gloria Miller, Visiting Angels, and her Otisville friends, Barbara and David Brown and Tim and Billie Irving.

A funeral mass will be held Wednesday, January 18, 11:00 am at the Church of St. Peter Claver, 369 Oxford Street North, St. Paul, with visitation at the church at 10:30 am. Memorials to The Literacy Link (https://theliteracylink.extension.wisc.edu).

To send flowers to the family or plant a tree in memory of Joan Lexau, please visit Tribute Store
Wednesday
18
January

Share Your Memory of
Joan
Upload Your Memory View All Memories
Be the first to upload a memory!
Share A Memory
Send Flowers