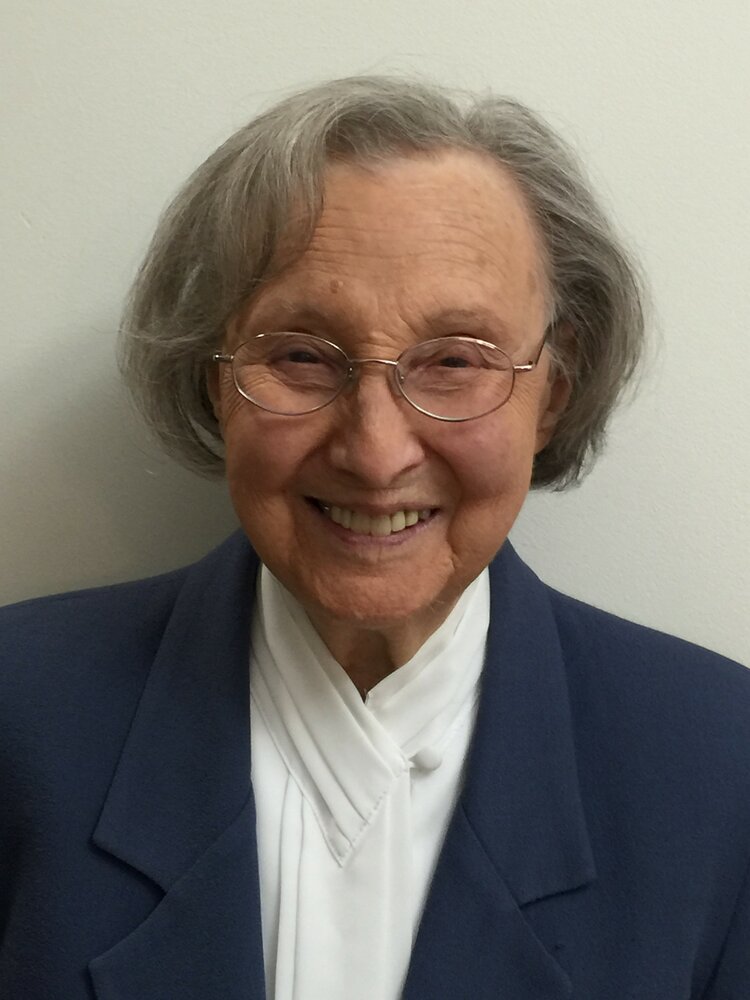 age 95, passed away on June 21, 2022 at Waverly Gardens, North Oaks, Minnesota. She was born June 1, 1927, in Somerville, Massachusetts, the elder of two daughters. She lived in Manchester, NH until age 10 when her family moved to Buffalo, NY. She graduated from Kenmore High School at age 17 and earned her teaching degree in 1947 from the University of Buffalo at age 20. She taught high school social studies in Buffalo. She was an active member of Kenmore Methodist Church, participating in the Hopkins Adult Sunday School Class, where she met her husband, Murray Harpole of Iowa. She and Murray were married in June, 1948, and she enjoyed becoming part of a large Iowa family. The couple relocated to St. Paul, MN in 1951, where Ruth lived the remainder of her life.

Ruth and Murray built their family home in 1953, in Roseville, MN, where they raised their 4 children, and lived for the next 56 years. Ruth was an active member of Centennial United Methodist Church where she served in many roles over the years, including teaching Sunday school, being Sunday school superintendent and serving as church treasurer and as an active leader in Women’s Circle for years. She also enjoyed refinishing furniture with a lively group of friends from Centennial. Ruth frequently attended AAUW and was a member of College Club. She was instrumental in the success of a new organization, Minnesota Literacy Council, where she became both a teacher and an instructor of teachers for many years. Together with Murray, she supported the Greater Saint Paul YMCA, and their special interest was the expansion/development of YMCA Camp du Nord. They sponsored the building of family cabins and in more recent years, Ruth continued this work through the building of staff cabins and community spaces at their treasured camp. She was a du Nord “camper” annually, enjoying it with her children and grandchildren through age 90. Ruth was also an advocate of higher education, at both Iowa State University and University of St. Thomas and along with Murray, is responsible for providing continuing support for numerous facility projects, several professorships and funding multiple student scholarships. She and Murray also mentored students at Iowa State University. Ruth received the ISU Alumni Association Honorary Alumna Award for 2016.

In their retirement years, Ruth loved to travel. She and Murray enjoyed years of RV camping and traveled the US extensively, including a trip to Alaska and frequent summertime trips to a favorite spot from her youth, ‘The Camp’ at Meredith, NH. Another tradition was her annual “leaf weekend” family trips to Itasca State Park, starting when her children were very young. Many was the time they brought grandchildren and other relatives along.

In 2009, Ruth and Murray moved to Boutwells Landing in Stillwater MN. While living there, Murray and Ruth attended First United Methodist Church of Stillwater. After Murray’s passing in 2011, Ruth continued to reside at Boutwells, first in Independent Living and later in Assisted Living. Her daughter, Jan, was her constant support, caregiver and “activities director”. The family is exceedingly grateful to Jan for her patience and grace and the countless hours she gave to Mom. For 11 years, Ruth enjoyed a myriad of activities of “everyday life” that could not have happened without Jan’s loving support, and which allowed her to live independently for as long as possible. Together they navigated the isolation of the difficult COVID years. When Ruth moved to Skilled Care at Waverly Gardens Presbyterian Homes, Jan was her daily lifeline.

The family is appreciative of the loving care Ruth received both at Presbyterian Homes Boutwells Landing and Waverly Gardens. The staff was exceptional and cared for Ruth like family. During her final months, Health Partners Hospice guided Ruth through challenges and gave welcomed support to Jan and the family. You all are the finest!

To send flowers to the family or plant a tree in memory of Ruth Harpole, please visit Tribute Store
Saturday
23
July

Share Your Memory of
Ruth
Upload Your Memory View All Memories
Be the first to upload a memory!
Share A Memory
Send Flowers