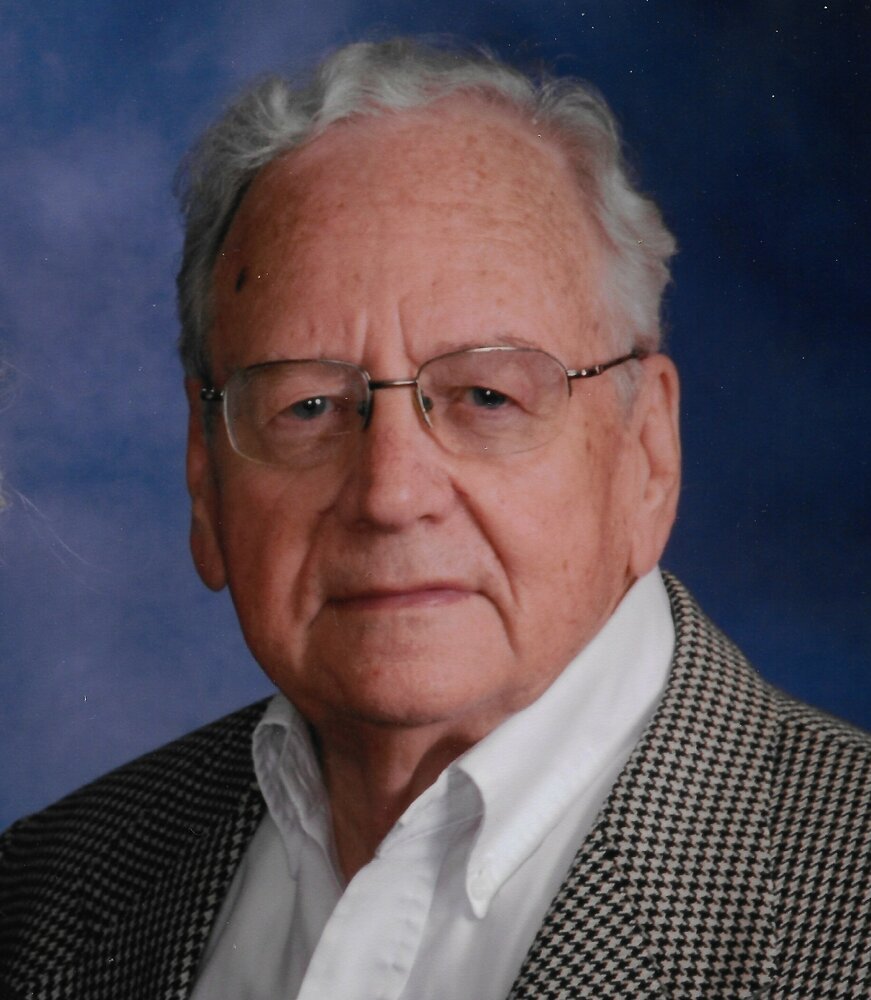 Born in Lustre but raised on a farm near Froid, Montana, Jim graduated from Froid H.S. in 1949. He lettered in basketball, football, and track. He briefly attended Sheridan Junior College before enlisting in the Marine Corps in 1951, serving with distinction in the First Marine Division in Korea. After his discharge in 1952, he enrolled at Rocky Mountain College in Billings, MT, where he was the conference long jump champion and wide receiver on the football team. He also met his future wife, Rhea Sherburne of Scobey, MT. In 1954 they both left Rocky Mountain, with Rhea attending the University of Montana, and Jim enrolling at the University of Wyoming.  In 1956 they both graduated and were married in June in Scobey.  Jim earned his MBA in 1957 from the University of Wyoming.

Jim worked for Banker’s Life in Des Moines, IA, but ultimately decided to join Merrill Lynch in St. Paul as a stockbroker in 1959. In 1967 he was offered a position as branch manager with Walston and Co. In 1969 he was transferred to Chicago to head Walston’s largest branch, and was eventually named executive vice president. In 1974 he headed back to the Twin Cities as regional manager.

In the 1970’s and 80’s the brokerage industry contracted; Jim witnessed and endured the fallout of many mergers and institutional bankruptcies during this period. In 1994 he retired from Prudential Securities as a manager. In the mid-80’s he began to teach finance at the St. Thomas University MBA program, and later at the University of Minnesota. All told, he taught finance courses for 26 years to over 1,200 students between the University of Minnesota and St. Thomas. Jim later said teaching was the most absorbing and rewarding part of his career.

Jim had many interests during his life, and never lost his capacity to learn and nurture his curiosity.  He hunted ducks and geese in North Dakota, played basketball and handball for the St. Paul Athletic Club, enjoyed a spirited rivalry with Eric in tennis, basketball, racket ball, and later golf. He read on his beloved patio, played piano by ear, and tried his hand at oil and acrylic painting over several decades. He loved the classic movies that shaped his youth and young adulthood. He also penned a novel and two memoirs. Though he pretended to be bothered by company, Jim privately loved to entertain, coaxing out some signature Jim dishes (between memorable misfires) like grandmother’s steak, mushroom sauce, and sauerbraten. He was an early convert to smoking meat, and even donated smoked turkeys for the occasional silent auction.

He loved spending time with his family, which sustained him when Eric died suddenly in 2015. Jim and Rhea celebrated their 66th wedding anniversary this June.

Jim was interred at Fort Snelling National Cemetery July 14, and a celebration of life is planned for September 24 at 11 am at St. Paul’s United Methodist Church in Mendota Heights. Memorials not otherwise designated will be sent to the Eric Nyquist Memorial Scholarship fund at the University of Minnesota Carlson School of Management.

To send flowers to the family or plant a tree in memory of Jim Nyquist, please visit Tribute Store
Saturday
24
September

Share Your Memory of
Jim
Upload Your Memory View All Memories
Be the first to upload a memory!
Share A Memory
Send Flowers