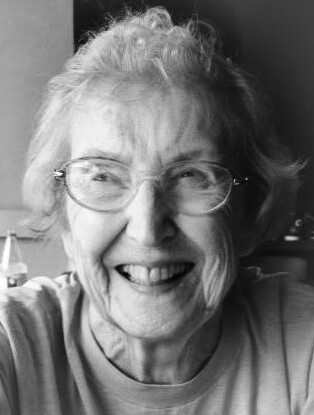 Norma Finnegan, 96, died peacefully Friday, spending her final day in home hospice care surrounded by her children and grandchildren. She was born in Minneapolis on Jan. 6, 1926, to Swedish immigrant Eric Tomte and Hilma Johnson. In 1927, Hilma developed tuberculosis and died months later. Unable to care for an infant on his own, her father arranged for Norma to live with family friends on a farm near Maple Plain, while he stayed in Minneapolis to earn a living and visit her on his days off. On the farm she was cherished by her adopted family, the Ericksons, including mother Anna, father Olaus and older sisters Kay and Elizabeth. She learned that the values of a strong family, hard work, honesty, charity toward those less fortunate, and a belief in education and working together was the best road to a full life. In 1936, Anna Erickson was forced to give up the farm after the sudden death of her husband. Norma moved to Minneapolis with Anna, rejoining her dad Eric and other family members.  Always a strong student, she credited that to her years attending a one-room schoolhouse in the country where she could easily work at grade levels beyond her own. She attended South High, where she worked on the school newspaper, and graduated in 1944. During high school, a friend introduced her to an interesting redheaded young Irishman named Jack Finnegan. They married in 1948 and had 64 loving years together until his death in 2012. During the war years, Norma attended the University of Minnesota but ultimately had to leave school to support herself.

Following their marriage, Norma and Jack moved to Rochester, where Norma served as a medical secretary at the Mayo Clinic and Jack worked as a reporter at the Rochester Post Bulletin. The first and second of their six children were born there, but in 1951 they moved back to the Twin Cities, when Jack was hired by the St Paul newspapers. They bought a house in Richfield, where Norma’s affinity for farm life was on full display in the half-acre garden she planted every spring, nurtured through the summer, and harvested each fall. By 1961, there were five children and the definite need to move to a bigger house in St. Paul, where she lived for the rest of her life.

Committed to local affairs and community engagement, Norma joined the St. Paul League of Women Voters in 1961. It was a transitional time for St Paul. In joining the League, Norma began working with some of St Paul’s most change-committed women, many of whom would themselves become public officials. She worked extensively on issues related to housing, neighborhoods, and election monitoring. Norma chaired the League’s City Government Committee that created the blueprint for the Neighborhood District Councils that still exists today, a milestone in the city’s approach to citizen engagement and participation. In 1970, the League honored her with the Faye Lyksett Award in recognition of her outstanding service.  When her youngest child started school, Norma worked for the Minnesota Social Service Association, where she ran its office operations. Using what little free time she had, Norma developed an interest in genealogy decades before the Internet made such work easier, and over the years she built a rich record of family history, leaving a legacy for the family.

Norma is preceded in death by her parents Eric and Hilma, her husband Jack, and son Joseph, who died in 2004. She is survived by children John Jr. (Jan), Roberta Deeney (Michael), James (Pam Randall), Mary Maruska (Greg), Cara Finnegan (John Murphy), daughter-in-law Lu Ann Finnegan, as well as 11 grandchildren and 12 great grandchildren. The family holds special affection and gratitude for the loving and professional care Norma received from Home Care Solutions and caretakers Vivian and Esther, HealthPartners Hospice nurses Shoua and Kimberly, and all their staff.

Share Your Memory of
Norma
Upload Your Memory View All Memories
Be the first to upload a memory!
Share A Memory