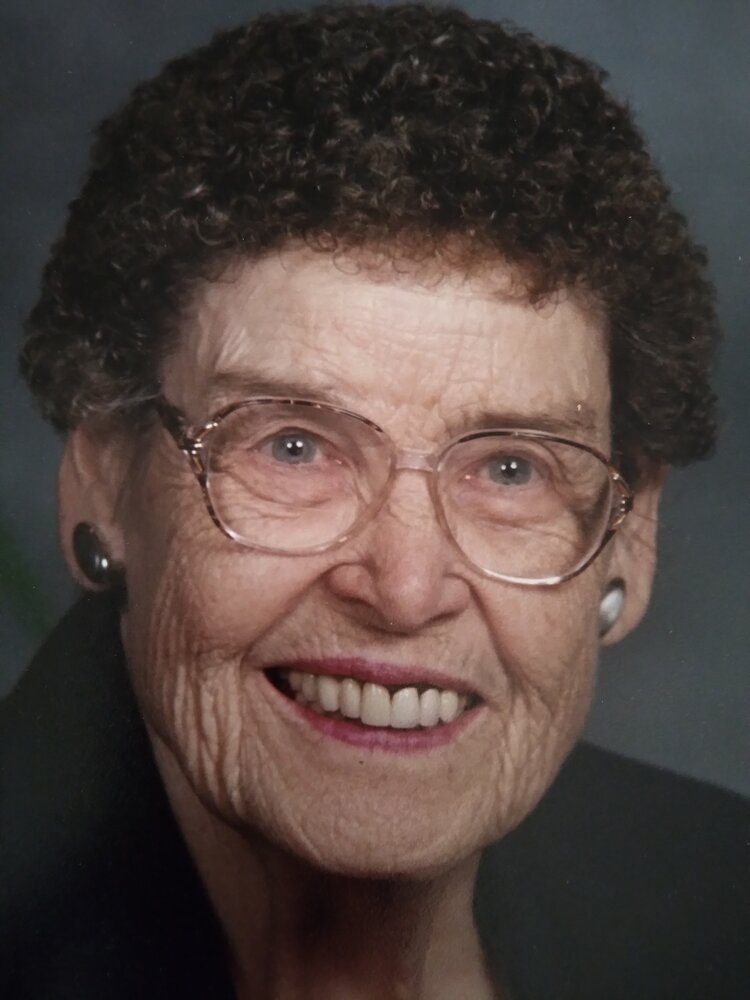 Mabel was born on September 21, 1926 on the prairie near Porter, MN to Clarence (Tip) and Sadie Rasmussen.

She taught in several one room schools around Minnesota. Mabel earned her Bachelor's degree from St. Cloud State in 1956.

While attending a wedding reception, someone introduced her to Ben Pappenfus, saying that they would make a good couple.  Ben and Mabel married on June 13, 1957 in Foreston, MN.

She served as the Benton County Superintendent of Schools between 1962 and 1968.  Following that, Mabel taught fourth grade in St. Cloud Public Schools until she retired from teaching in 1985.  She served on the Foley School Board between 1985 and 1993.

She loved playing board games and card games.  Mabel was an excellent baker and won many blue ribbons at the Benton County Fair for her pies, cookies and other treats.

After leaving the country life and moving to St. Paul, Mabel made many friends and became involved in lots of activities. The DFL party has lost a star member.

The funeral will be Saturday, August 27, viewing at 10 with service at 11:00 at Immanuel Lutheran Church, 104 Snelling Ave S, Saint Paul.  Burial will be Wednesday, August 31 at the Foreston cemetery.

To send flowers to the family or plant a tree in memory of Mabel Pappenfus, please visit Tribute Store
Saturday
27
August

Share Your Memory of
Mabel
Upload Your Memory View All Memories
Be the first to upload a memory!
Share A Memory
Send Flowers